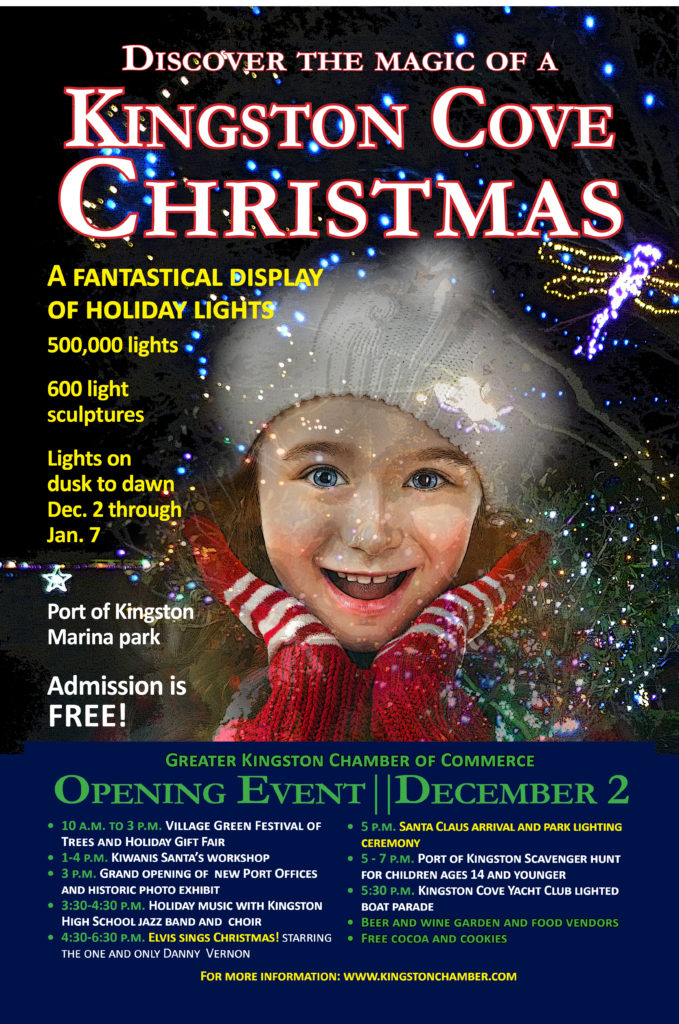 Despite rain and cold, the Greater Kingston Chamber of Commerce estimates some 2,000 people came to Kingston on Dec. 2 to see Kingston’s marina park transformed into a Kingston Cove Christmas wonderland.
Early results from businesses participating in the 2017 Santa’s Scavenger Hunt show that, in addition to Kitsap County residents, the event had attracted persons from as far away as Everett and Tacoma, as well as Puyallup, Port Townsend and Vancouver, Washington.
“We stopped by your marina by boat a couple of nights ago and we were amazed at what a great light display you have in the marina park,” wrote David Miller. “We will definitely remember to add Kingston to our favorite destinations during the holidays!”
The Chamber of Commerce’s Holiday Spirits Garden “almost doubled its business over last year,” said Colleen Carey, Chamber executive director.
Carey said Pat Bennett-Foreman reported that the number of families at Kiwanis Santa’s Workshop “at least doubled and families came earlier and stayed longer.”
After the ceremony, restaurants in the downtown village were packed according to the owners of Kingston Ale House and Westside Pizza.
Little City Candy reported a 19 percent increase in customer traffic over the previous year and a 54 percent increase in gross sales that night.
Port officials hope to beat last year’s visitor numbers. In 2016, an estimated 30,000 children and adults toured the lights during December said Raymond Carpenter, Port of Kingston facilities manager.